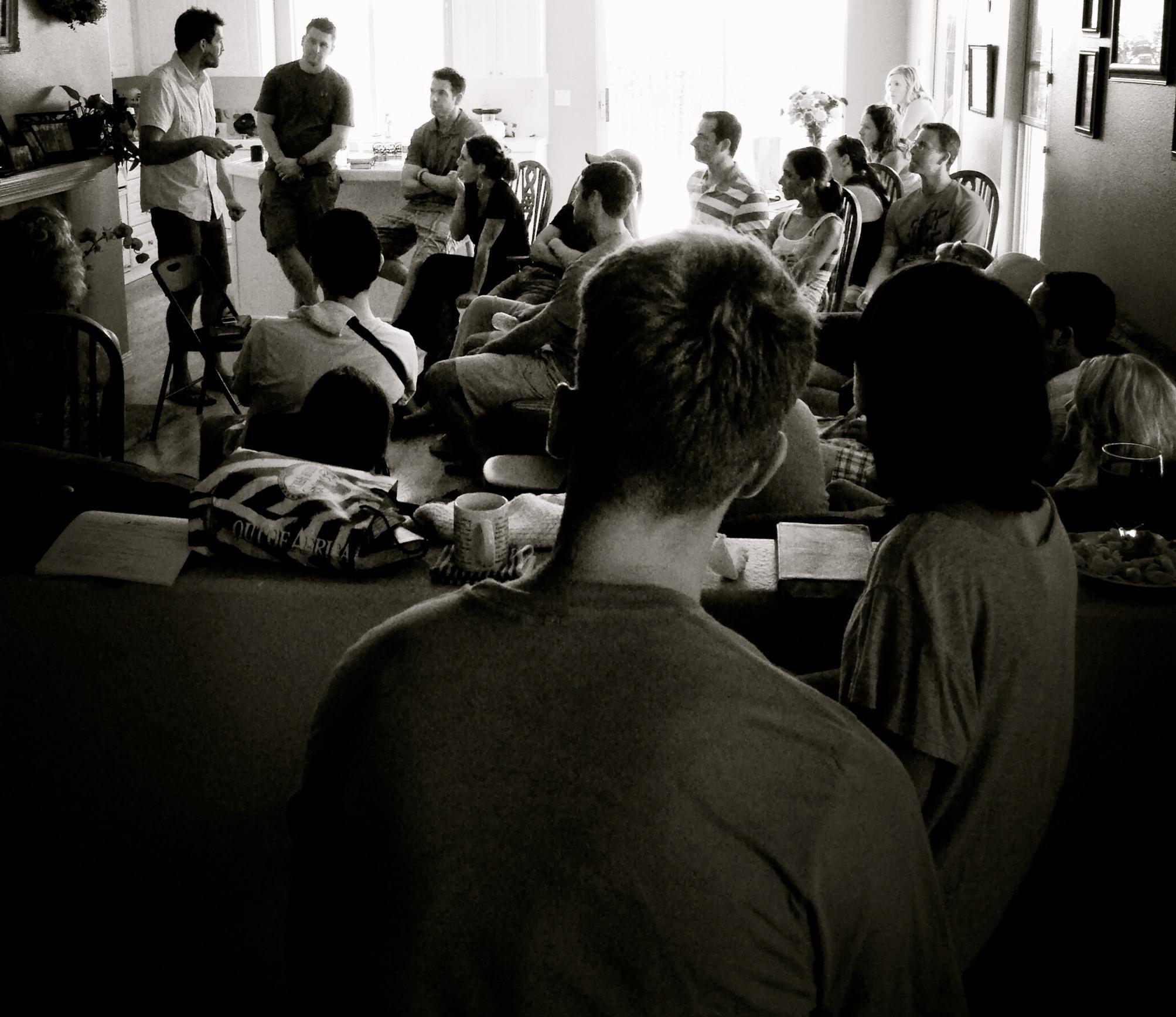 All that matters in life and leadership – Risk & Relationship

Only those who risk going too far can possibly find out how far one can go.

After weeks of moving around, my family and I are settled for two weeks in Carlsbad, CA while we wait to move in to our new home in San Clemente, CA. During our time here, I’ve been able to spend quite a bit of time with my friend Aaron.

Aaron was a successful leader in the faith based world a few years ago but felt convicted to launch out and try something new. He and his wife had a vision of beginning small communities around Carlsbad where people could be in relationship and be a blessing to their neighbors through their faith. What resulted was Groundswell Communities (Pictured below, Aaron is in the top left)

Recently, at 36, Aaron was diagnosed with Huntington’s, a neurological disease that slowly takes away the brain’s executive functions. Aaron told me that he’s noticed the change already in the last year and a half as his ability to plan, organize and pursue others in conversation is slowly fading. So, he’s handed off leadership to a man he has poured his life into and is taking on more of an advisory role as long as he is able.

We were up late one night talking about Huntington’s disease and how it’s changed his perspective on how he spends his days, knowing he could only have five years left of life, or as many as 20 years left. Aaron told me two lessons he’s learned already.

First – Risk. Aaron told me if he knew what he knows now, he would have taken more risks in his life. Not that he’s regretful, but he told me he wouldn’t have thought as much about money or consequences. Rather, he would have tried more to see how far he could have gone. So what’s he doing now? He’s preparing for a triathlon, he’s taking a road trip with his family, he’s entrusting the leadership of Groundswell to someone else. He’s not viewing himself as central to everything, like he used to. For some, this could be risky. Aaron, however, has been happy to allow others to lead in his place.

Second – Relationship. Aaron told me that knowing he only has a few more years to live has changed how he pursues relationships. He presses in harder to say the important things. He checks his phone less and plays on the floor with his two little boys more who are only three & four years old. In addition to this, Aaron told me how thankful he is that he’s poured his life and influence into others. “It’s extremely rewarding to see others around me who are able to lead because of the time we’ve put in together,” he told me. “I want people to know that relationships are all that matter. When it’s all said and done, they are the only thing that will live on. To have poured my time into others is one thing I will never regret.”

Listening to Aaron made me want to share his counsel to my clients and others who read this blog. As a man who knows his days are numbered, ponder his words. Listen, reflect and learn.

In closing, here’s three questions for you to ponder.

Take some time to ponder these questions. I’d love to hear how things change for you. If you need a thought partner to aid you in this process, please contact me. If you’re looking for a coach, click here to find out the five basics you need to know when looking for a coach.